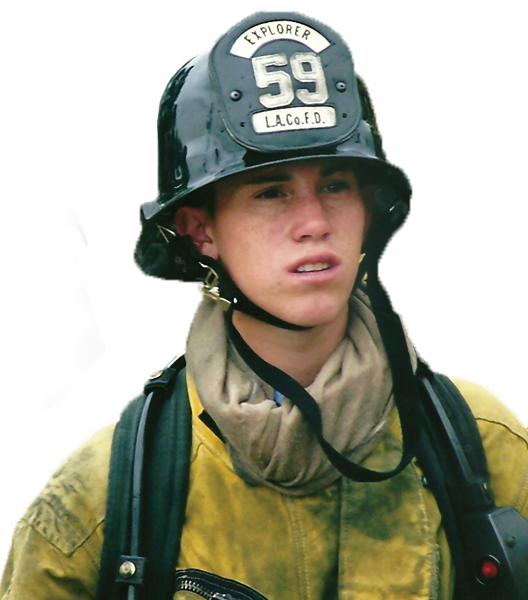 Kevin Woyjeck was a Southern California native, born and raised in Seal Beach, CA. His father, currently a retired Los Angeles County Fire Captain, was a great influence on Kevin’s young, hard-set career path. Kevin began his own quest to become a firefighter at the young age of 15 through the Los Angeles County Fire Explorer Program. He was an avid fire explorer; bright-eyed and determined he was usually spotted around a fire station, jumping on ride-a-long opportunities, attending extra post meetings, and helping his peers.

By the time Kevin joined the Granite Mountain Hotshot Crew in Prescott, AZ in April 2013, he was a 21 year old wildland firefighter with a sharp resume. It consisted of: years in the explorer program, graduation from the LACoFD Fire Explorer Academy, completion of the El Camino Fire Academy, CalFire Wildland Academy, an EMT certification, a variety of fire classes and courses, and multiple seasons on hand crews. A lot for someone his age, but manageable for someone with his dedication.

On June 30th 2013, 19 members of the Granite Mountain Hotshots including Kevin, perished trying to defend the town of Yarnell, AZ from a massive hill wildfire. Kevin spent three months apart of one of the most elite wildland fire crews in the nation. KWEFL’s goal is to carry Kevin and his crew mates legacy on by giving back to the fire community’s youth, since Kevin was still so young himself.